Lenders are careless in checking applications for fraud; helps explain large number of victims despite FACTA 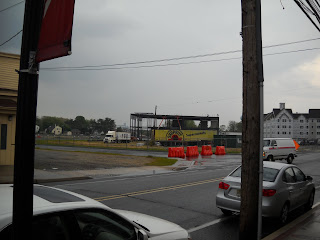 
A paper at the University of California by Chris Jay Hoofnagle, “Internalizing Identify Theft”, with 9.9 million victims in 2009 just as in 2003, Social Science Research Network abstract link (web url) here.

In 2003, a change was made to the Fair Credit Reporting Act with the Fair and Accurate Credit Transactions Act (FACTA) (link ) that allows victims of identity theft to ask lenders for copies of fraudulent applications submitted under their names. Yet this capability has not reduced the crime, because lenders were so eager to grant credit, and still sometimes remain so, despite all the problems in the credit markets since the Crash of 2008.

Would the presence of an NCOA-based database for verifying identities (as I proposed here Sept. 25, 2006) and ensuring that people learn of all applications in their name slow down the activity of careless lenders?
Posted by Bill Boushka at 7:18 PM No comments:

Credit card companies know you pretty well, may even troll your Facebook "friends" 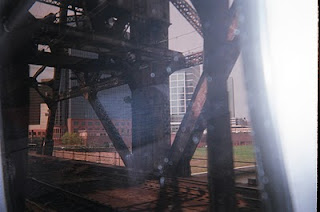 There’s the question of legality, and what they can get away with given recent laws in Congress. Another likelihood will be fees. Will they penalize customers who pay balance in full and don’t give them interest income (the “freeloaders”?) If so, that’s a problem, because cancelling credit cards to avoid fees will lower a FICO score even for someone who pays all bills on time.

There is even a rumor, maybe an urban legend, that some companies are using the bill paying habits of your Facebook “friends” to help score you, as if your “Friends” could help predict the level of your own financial responsibility. It sounds pretty unfounded scientifically. 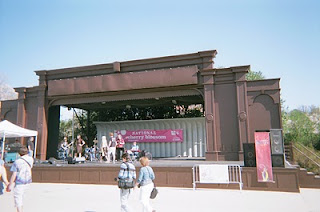 MSN and Dell offered visitors a comprehensive guide to the homeowner’s insurance business, with all the dirty little secrets about canceling or dropping people, today. The link is here.

A couple of points: CLUE reports (discussed here in July 2009) are based on the property and can be influenced by claims filed by former owners. Insurance companies are more likely to look at insured’s FICO credit scores than in the past, so identity theft can be a real issue.

Some unusual perils (such as lava from volcanoes, sinkholes, or meteors) may in some states really be covered, even though most homeowners need to be careful to purchase special flood, earthquake, or maybe even mudslide or wildfire insurance. People in remote areas may have more difficulty because of wildfire risks in drought-prone areas.

The article noted that some insurers have dropped coverage when a homeowner started a home-based business. On the other hand, some insurers have covered media perils for online activity (libel) as long as the activity was totally “non commercial”. That issue is sure to evolve, and I think media perils should be covered separately, as I’ve discussed on my main blog in several past posts.

It does look like the claims management area of a property insurance company is a bottom-line-driven place to work. It seems to stress manipulation and competition more than "truth", judging from this article.
Posted by Bill Boushka at 3:10 PM No comments: 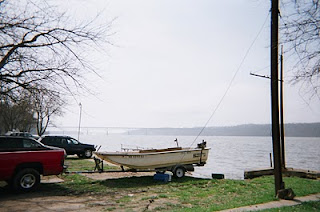 Here is a curious sidebar story by Michelle Diament in the April 2010 AARP Bulletin, p. 6, about the work of some debt collectors. It’s “what an outrage: dental bill puts bite on homeowner,” link (web url) here.


A woman lost track of a partially ubpaid dental bill in Utah. She says she never received the bill. It went into collections, was escalated to a collection agency’s litigation subsidiary, and eventually a sheriff ordered her house sold for about $1500 to pay the debt. She paid the buyer, Jarmaccc Properties LLC, the $1500 but cannot get the title back.
Posted by Bill Boushka at 11:19 AM 2 comments: 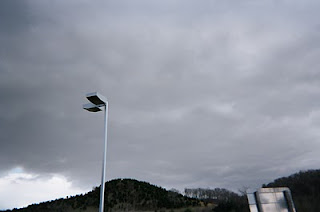 On March 31, ABC “Good Morning America” presented a story about bank ATM skimmers that are, in plain daylight sometimes, taken by thieves to connect to other machines, available on the Internet, to duplicate debit cards and drain bank accounts.


The news story is by Elisabeth Leamy and Chris Strathmann in a “Consumer News” column, link here.

It is difficult for a consumer to protect herself against this with certainty. It may help to use a neighborhood ATM with which one is familiar. It is more difficult to defend against away from home. Presumably banks would have to make up losses.

Posted by Bill Boushka at 4:48 AM No comments: