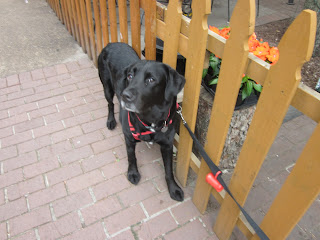 Here’s a cute story from the October 2011 Reader’s Digest, “13 Things a Debt Collector Won’t Tell You”, by Michelle Crouch, link here.
I worked as a debt collector in Minnesota for a while in 2003, and I did not like the idea of “fooling” people by not telling them things they have the right to do, especially now when I have gotten deeper into publishing stories as a “journalist”.
The tip about the possibility of expiration is interesting, and how it gets restarted if you acknowledge the debt again. Also provocative is the idea of telling people to borrow money from family or friends.  I didn’t do that, but I did take other credit cards.
It’s true, a manager will not help you, as she says.
Posted by Bill Boushka at 9:11 AM No comments: 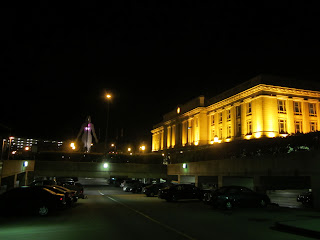 Michelle Singletary has an important column in the Sunday Washington Post, Business, “The Color of Money”, p. G1, “Maryland makes it tougher for debt collectors to sue consumers”, link here.
She is referring to the practice of buying debt, not just collecting debt under contract.
I once got caught in something like this. In 2000, I requested my credit report and found an old Visa card from Chemical Bank in NYC that I thought had been closed.  A $125 bill had blossomed to $650 in ten years.   I called National Credit Systems, and a woman called back and threatened to sue me. She would not accept a dispute. I wound up paying. It's possible that the card could have fallen through the cracks when I moved from New York to Texas at the beginning of 1979.
I went to work for RMA, a debt collector, in Minnesota for a while in 2003.  It wasn’t until then that I learned that this charge probably had been wrong.  There was nothing I could do.
Singletary reports that in many states, courts rubber stamp “robo signed” suits for bought debt without requiring due process or proof. Maryland is trying to tighten up the process.
Posted by Bill Boushka at 8:14 AM No comments: 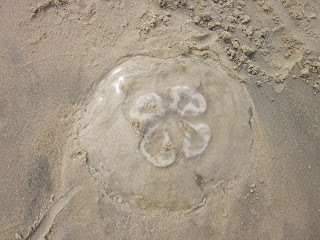 MSNBC and Peter Williams are reporting on an IRS refund scheme in Tampa, FL based on identity theft.  Identities were lifted off of “family tree” and genealogy websites.  So far 49 people have been arrested in the Tampa area, with more to follow.  One case involved the stealing of a developmentally disabled person’s identity.
Visit msnbc.com for breaking news, world news, and news about the economy
Posted by Bill Boushka at 5:30 PM No comments: