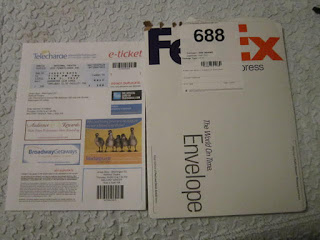 This is not really an id-security issue, but it is a consumer issue.
On Tuesday, Dec. 27 I bought a ticket for a performance of “Jersey Boys” at the National Theater Jan. 5.  I thought the price was about $125, from the National’s website.  I checked an option to have a ticket mailed.  I later discovered that this convenience had cost an extra $29.  Maybe FedEx makes sense close to performance date, but there was time. And the ticket when delivered was exactly the same e-Ticket I had printed out the same day. And the price printed on it was just $66.
I didn’t have any problems at all in early December with “Sister Act” in NYC from Broadway.com, and the total for that show as just $51.50.  But Jersey Boys in Washington turned out to be a rip-off.  I will say, I haven’t run into anything like this with the Kennedy Center.
Posted by Bill Boushka at 7:10 PM No comments: 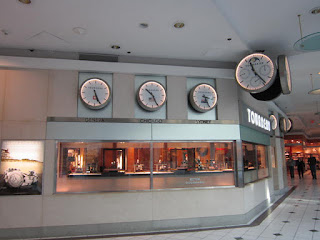 Business Insider has a useful post, “5 Minute Tips to Keep Your Identify from Being Hijacked” (by Justine Rivero), and there indeed are five of them.
I don’t do sensitive business on my two-year-old Blackberry (but contract renewal comes soon), but it seems existing numbers in the cache could be stolen.
The smart card technology for credit and especially debit cards sounds like a good idea.  No bank has offered it yet to me. I expect to hear from Wells Fargo and Bank of America soon on this.
Placing a daily limit on maximum withdrawals would limit the damage or exposure to carjackings and muggings at ATM’s.
For travel, a secure MiFi card (like Verizon’s) is safer than using public WiFi.  I find the card very reliable in 95% of the country.  But use of https should also provide protection.
Note the mention of the WPA2 security protocol.
Webroot tweeted this link today, here.
You could consider a service like BillGuard, link here
Posted by Bill Boushka at 8:17 PM No comments: 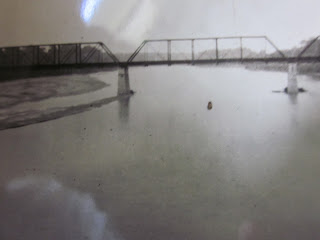 Newsweek has the latest tirade against debt collectors, with the online entry here, an article called “America’s abusive debt collectors” and referring outright to America’s “overconsumption binge”.
Abuses by collectors have increased as collection agencies are less able to recover debt from more strapped consumers.  People take jobs as debt collectors and are pushed by supervisors to break the law.
The article spends much of its space on debt buyers, who have often been individuals who put their “own skin in the game”.  In time they form little companies and hire collectors themselves. Debt is sold several times for even less on the dollar (“tersh” means tertiary, or third time).  In better times, hedge funds helped individual debt buyers.
For a couple months in 2003 (before moving back to VA), I worked for a company called RMA near MSP airport in St. Paul MN.  The company did not engage in abusive practices and actually held employees to the FDPCA.   I drove past the property in June 2011 and it looked like it belonged now to ACB, Associated Credit Bureaus.  But I imagine in the era of the Internet collection companies would worry that prospective employees would later rat on them online as “blogger journalists”.  Some companies that own debt say they have policies against employees “friending” debtors to spy on them! The Internet could have a big effect on the debt collection world.
Many collection agencies are located in the midwest, where the Central time zone makes calling easier.
Debt buyers sometimes sue debtors.  I’m not sure of the legality of the practice.
John G Watts, an attorney in Alabama, has a video on debt buyer lawsuits:
In 2000, I was dinged for $650 by “National Credit Systems” for a twenty year old credit card debt with Chemical Bank (originally $130) which I’m not really sure was valid; it could have fallen through the cracks of a household move from New York to Texas in 1979, though.
Handling a “statute of limitations” on an old debt is tricky; even a partial payment reopens the entire liability.
Posted by Bill Boushka at 4:07 PM No comments: