DMV's and DPS departments should watch for fake cards 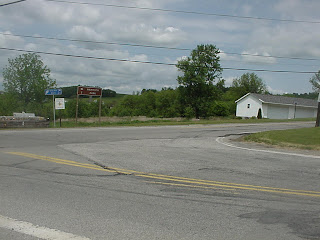 I have subtitute taught intermittently for three years, and on a couple of occasions I have noticed students whom I knew were well under legal age in establishments that claimed to admit persons only 21 and over. I don't know what my legal responsibilities would be, if any; but clearly such occurrences mean that it is not that unusual for teens to be able to make or procure fake ID cards.

Police departments should set up stings to catch these. Devices should be developed to screen for barcodes that would not be easy to counterfit. States generally have stiff fines for possession of fake ID's, $500 in Texas, link here.

There was a "scandal" in 2005 regarding fake airline boarding passes and grad student Chris Soghoian at Indiana University, discussed in a blog by Brian Krebs at The Washington Post, Nov. 28, 2006, link here.

A master preferred NCOA address database, like that discussed earlier in this posting, could store a bar code or graphic designed to defeat counterfeiting. Mainframe databases like DB2 (easier to secure) have no problem accomodating such objects. Again, such a database would be off limits from the public Internet.

Is this a BigBR (Big Brother) society? (I once wrote a program for Univac called "BigBr" to monitor the system use of employees of a client.) I don't know; the mood in Britain, for example, is coming around to accepting this kind of security as necessary. Can democracy deal with this? I think so. We still are left wondering why financial insitutions do so little due diligence on identity before granting credit. There seems to be no discincentive preventing them from such careless behavior.

Fake Id's figured into a major episode of TheWB Everwood show in the 2003 season.

The Lifetime Channel (Women's, associated with Lions Gate) aired a film called "Identity Theft: The Michelle Brown Story" in 2004. The review is here.
Posted by Bill Boushka at 6:05 PM No comments: