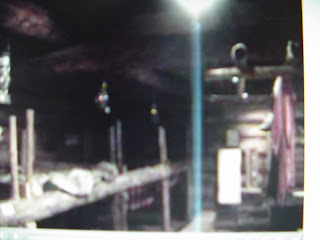 Despite political and technical progress in advancing the idea that lenders should be more careful in advancing credit (to identify the borrowers), The Wall Street Journal, on Thurs. Dec. 20, on p D3 of the “Personal Journal” and “Home and Family” page, has a “Shopping Around” on paper shredders, by Anjali Athavaley. The column is called “Diminutive Countertop Models” and features five models. These are the Aleratac DVD/CD shredder (yup, because people backup their personal data); Aleratac DVD/CD Shredder; Staples Mallmate M3 Shredder; Royal Desktop Crosscut Paper Shredder; Staples Mailmate Junk Mail Shredder.
Posted by Bill Boushka at 6:12 AM No comments: 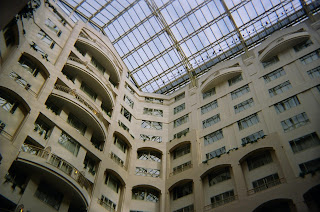 A story by Maryclaire Dale of the AP today (also a headliner on AOL) illustrates the simple deterrent value of having the real owners of an identity contacted by a mail service. In this case, a UPS store called the neighbor of the thief whose identity had been used about a package that the woman had not ordered (from Britain) when it arrived. This led the police to track down a Pennsylvania couple that was living “high on the hog” and living in a penthouse apartment under the names of others. They also got a hold of a lot of physical keys, which is not clear (and a residential security issue, in conjunction with media reports earlier this year about bump keys). Police found the book The Art of Cheating: A Nasty Little Book for Tricky Little Schemers and Their Hapless Victims (Paperback) (2007, from Basic Books) by Jessica Dorfman Jones, in the ritzy apartment. The book itself, if you look on Amazon, seems to be more about the practical little white lies, not “crime”. Nevertheless, it fits into what Princeton professor David Callahan calls “The Cheating Culture” in his 2004 book (Harcourt), in which he analyzes a breakdown of "Golden Rule" ethics in our "just in time" society driven by extreme capitalism.

UPS Stores provide mail boxes and a variety of mail and package services, complementing (rather than competing with) Fed-ex Kinkos. Many people with small businesses have land address mail boxes with them when they do not want to publish their residence addresses, and this even happens with Internet domain owners who can use them for WHOIS contact (although private registration is also available from Network Solutions and similar companies). 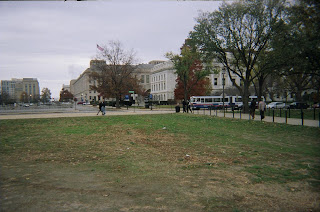 Note: The next NBC4 Safe & Secure Community Shred (in the Washington DC area) is Dec. 8, information here. Of course, it's silly that shredding of paperwork should even be necessary. I drove to the last one in September (then at RFK stadium) and found myself trapped in traffic in DC streets, and when I got to the stadium I had to drive around to find the exact lot.
Posted by Bill Boushka at 1:54 PM No comments: