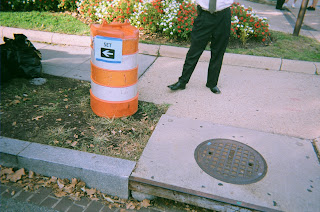 Here’s a new wrinkle, or really an old one, in the debt collection world: debts sold to other companies, which then pursue debtors and sometimes sue them. Sounds like a precursor to Righthaven copyright suits in the news recently (my main blog) and it is, the same concept.

One problem is that information on debts is often inaccurate (you guessed it, partly because of identity theft). So innocent people could wind up having to pay legal expenses to defend themselves (even if they don’t blog – in fact, people with public reputations may be harder for thieves to “impersonate”).

David Segal had a story in the November 1 New York Times, “Debt Collectors face a Hazard: Writer’s Cramp”, link here. It seems like there is a robo-signing activity for affidavits related to purchased debts. Remember how in middle school at detention you had to write down “I will not talk in class” 500 times (Oh, I remember one time in ninth grade, we – “the kids” -- were “swinging from the chandeliers”. ) You got writer’s cramp as punishment.