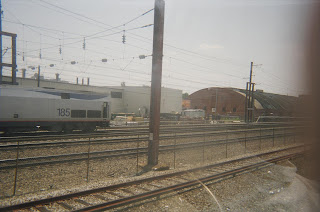 A man who had been released on bail in Maryland after one carjacking committed several moe, including three at a Wheaton, MD mall. He would kidnap elderly drivers returning to their cars and force them to drive to ATM’s.  A Nov. 30 story reports on his re-arrest by Montgomery County, MD police.
The question that comes up is, would  consumer habits placing a limit on the daily withdrawal from an ATM (say $300) minimize loss and discourage such crimes?  Would limiting ATM use to just one card also help?
Will banks refund for losses to such robberies?  What about on debit cards?  If on credit cards, are consumers still liable?
Does anyone know?  News reports didn’t cover this.  Here is Washington DC ABC affiliate WJLA's coverage.
Posted by Bill Boushka at 6:41 AM